Dead man's finger coral, a northern stone crab and a diver.
Location: Trondheim fjord
Alcyonium digitatum or dead man's fingers is a species of soft coral in the Alcyoniidae family. It is found around the coasts of the northern Atlantic Ocean. Northern stone crab (Lithodes maja) is a species of king crab which occurs in the colder waters of Europe and North America. It is found along entire coast of Norway, the northern half of the British Isles, and around the Faroe Islands, Iceland, Svalbard and off south-eastern Greenland. In Canada, it is found from Newfoundland southwards. 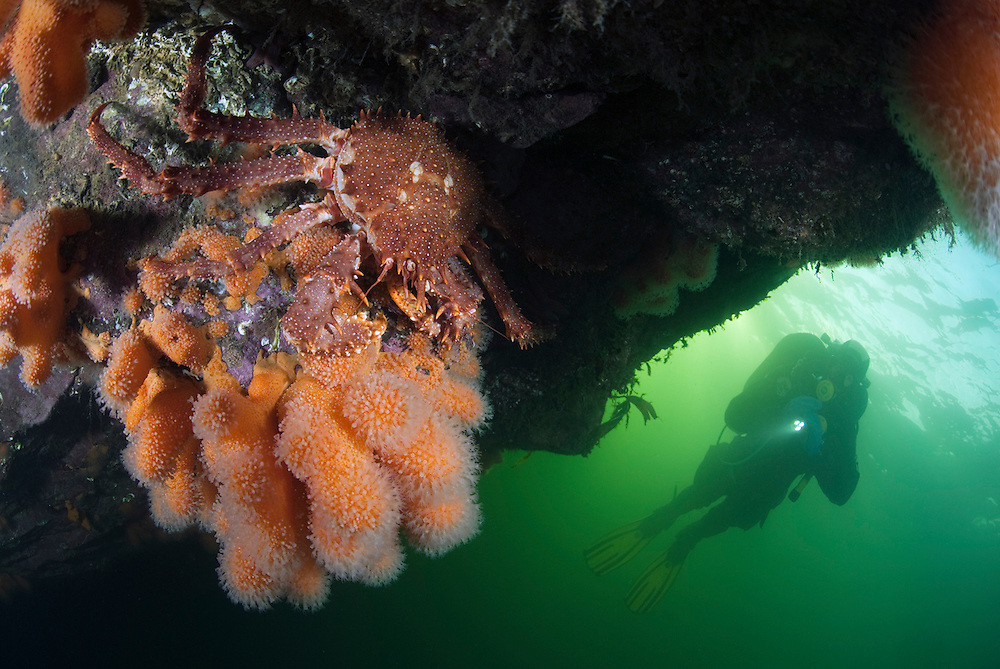